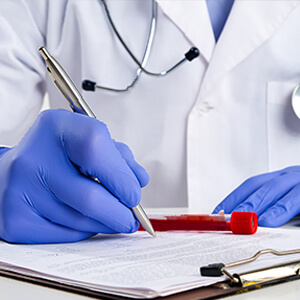 Haematology is the medical branch that deals with blood disorders – such as issues with your red, white blood cells and platelets.

What spectrum of health problems are addressed?

Haematology deals with the diagnosis, treatment and preventions of blood-related diseases. It focuses on blood components such as blood cells, haemoglobin, platelets, blood vessels, blood proteins, bone marrow, spleen, and also looks after the mechanism of coagulation.

It treats blood clots (thrombus), haemophilia, other bleeding disorders, and blood cancers such as multiple myeloma, leukaemia, and lymphoma.

Which are the most common symptoms?

Some of the common symptoms of blood disorder include –

Who is more predisposed to such conditions?

Men are more likely to have blood-related issues transmitted genetically owing to their X chromosome. Women are known to be a carrier of blood disorders.

Haemophilic disorders are mostly diagnosed at a younger age. The median age of diagnosis, as per the CDC data is 1 month for severe haemophilia, 8 months for moderate haemophilia and 36 months for mild haemophilia.

Most of the blood disorders are genetically transmitted through the chromosomes.

Exposure to toxins, consumptions of alcohol and smoking may be one on the causes for blood disorders.

Infections, treatment for pre-existing cancer can lead to blood disorders..