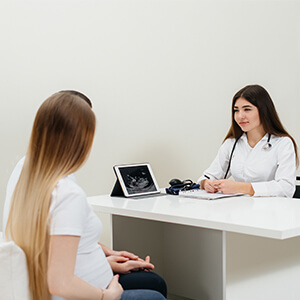 Gynaecology is a medical branch that deals with the disorders of the female reproductive system.

What spectrum of health problems are addressed?

Gynaecology deals with the diagnosis, treatment and prevention of disorders of the female reproductive system including vagina, uterus, and ovaries. It focuses on vaginal bleeding, abnormal discharge, urological problems, odour, burning and other discomforts.

Which are the most common symptoms?

Some of the common symptoms of Gynaecological problems include –

Who is more predisposed to such conditions?

Individuals at or beyond the age of 50 and have reached the menopause period are more at risk of witnessing Gynaecological disorders.

Individual with a family history of uterine cancer, ovarian cancer, breast cancer or colon cancer are at a higher risk of inheriting Gynaecological disorders.

Excessive smoking, multiple sexual partners, use of unopposed estrogen, first intercourse before the age of sixteen, lack of regular Pap screenings and intake of alcohol can invite Gynaecological issues.