Seasonal Health issues in the summer and how to prevent them 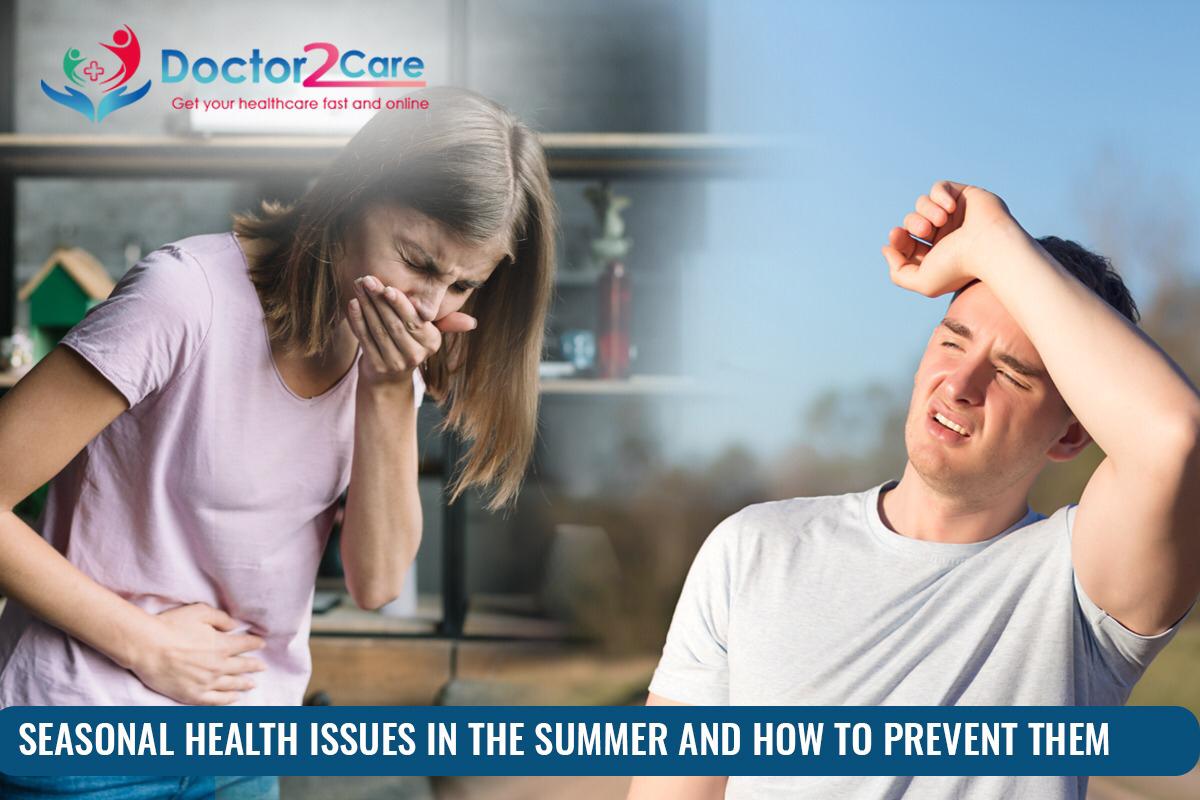 As summers are settling its stay, the people of Kolkata will soon be drowning in sweat. People often suffer from ailments during this period as frequent temperature change.

Yes, with the intention to bring in a comfortable environment we often tend to do all in our power to cool down the temperature of our surroundings, forgetting that we soon will be out under the sun, or in a hotter environment, leading to cough and cold.

Besides, there are other several ailments that notoriously occur in summer that you should have knowledge about. Hence, it is better to opt for online doctor consultation in India, so that you can deal with the complexities and recover from the condition faster and effectively.

With the approaching summer, we often yearn for an outdoor picnic or some outdoor activities that might get you to tick bites leading to Lyme disease. This disease is significantly increasing in number in foreign states specifically, however, Kolkata is not completely spared. Lyme disease can lead to severe joint pain and weaknesses in the limbs. Besides, it can also cause dizziness, breathlessness and an increased heart rate. In case these symptoms get out of control seek medical attention immediately.

Prevention: While you are out, be vigilant enough to avoid tick bites as the infection caused may lead to Lyme disease.

That being said, insects are quite common in the summers and their bites can lead to serious diseases. So be it mosquitoes or insects, it is best to stay away from them.

Summers are the worst time to devour on some rich delicacies. As heat contributes to the rapid growth of bacteria in food, people often suffer from food poisoning. While some people can deal with food poisoning very well, it can be quite hard for children as their immune system is weak and does not hold the power to fight against the bacteria. That being said, food poisoning can be difficult to deal with if the individual is already suffering from liver disease or chronic conditions.

Prevention: Keep perishable food items in a refrigerator or in a cooler with ice. Avoid oily and rich food which can heat up your body. Also, food that has been sitting for more than 1 or 2 hours is not safe to be consumed if the temperature is hotter than 90-degrees Fahrenheit. If your condition worsens, opt for the best online doctor consultation to aid your concern effectively. Make sure that you opt for light and less spicy food to keep your tummy happy and calm.

Dehydration is one of the common conditions faced during the summers. While the sun is sipping on the fluid of our body, our system fails to retain water and gets dried up quickly. This can lead to severe diseases and you may experience headaches, concentrated urine anime also feel disoriented.

Prevention: Chug down plenty of water and fluids at regular intervals. You can also consider coconut water or “lassi” (a beverage made out of yoghurt) and any other juice to increase your fluid intake. Juicy fruits can also be a great option, such as watermelon, grapes, mangoes, papayas and more.

Summers can invite a lot of respiratory discomfort and breathing problems. Smog, pollution in the air, pollen and mould can spike breathing problems and may lead to dangerous situations where you may have to deal with an asthma attack.

Prevention: Opt for the best online doctor consultation to deal with frequent breathing and respiratory problems in the summers. Choose loose-fitted and light cotton clothes over tight and heavy material outfits to avoid feeling suffocated.

The threat of sunstroke steps in when the temperature exceeds 40 degree Celsius. Sunstroke is considered a health emergency as it can get lethal for some people.

How can sunstroke occur?

If you are exposed to the heat for a prolonged time and dehydration exceeds limits your body fails to regulate internal temperature. This triggers sunstroke which can damage your brain cells and also be life-threatening.

Prevention: Keep your body hydrated and avoid being under the sun for a long time, especially between 12 pm and 3 pm. Wear loose-fitted light cotton clothes to allow your body to breathe.

Opt for general medicine doctor online consultation in case you feel a piercing headache, muscle cramps, dizziness, elevated heart rate or even seizures. Some strokes can be lethal so do not take it lightly.

In addition to the above, there are other several diseases that are inflicted by the summers which you should be aware of such as hay fever, sunburn and more. Keep in in touch with your doctor by choosing the best online doctor consultation on platforms like Doctor2Care to learn about the sentence and treatment of such diseases.

Till then, take care of your health, eat less and drink more and try to be in a soothing environment.